This page contains a list of resources that Alaska tribal justice system personnel may find useful.  Samples of these codes and many other resources for tribal court development may be found on this website.  We have organized tribal court information and links into a number of categories. 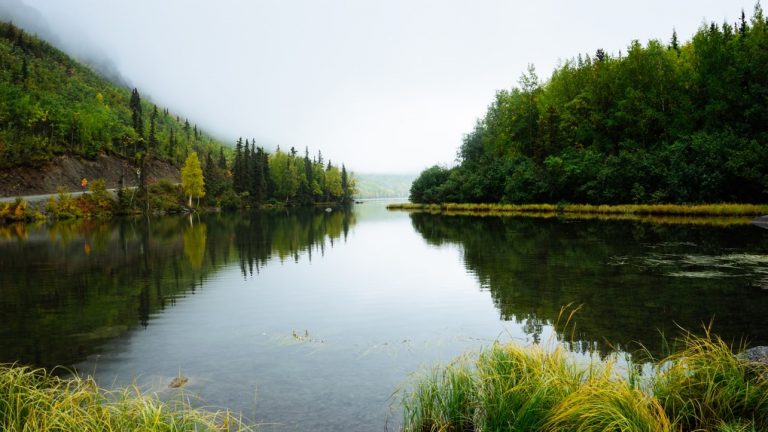 Since time immemorial, Alaska Native people had strong systems for maintaining justice through traditional customs, clan protocols, and strong spiritual beliefs and values such as the Yupik Yuuyaraq (the way of the human being), and Athabascan Animal Songs, (laws by which Athabascans lived by). Over time, these systems for maintaining justice were disrupted. Today, although the amount of jurisdiction (authority) tribes might have varies somewhat, all federally recognized tribes have the authority to establish tribal courts in the manner they choose.

Most Alaska tribes formally establish their tribal courts through judicial codes (ordinances) that describe how tribal judges are seated, what their qualifications are, general procedures for the court, and how the appellate court is set up.  Alaska tribal councils also adopt the codes that the tribal courts will enforce such as child protection, domestic violence, and public safety.

Tribal Courts: A Historical Perspective for Bush Justice in Alaska

Before the purchase of Alaska in 1867, tribes in the Lower 48 had already undergone a lengthy history of interaction with the federal government. Treaty making was the typical way tribes were recognized in the legal sense and how aboriginal land claims were ‘settled.’ Congress terminated treaty making with Indian tribes in 1871, long before large numbers of settlers came to Alaska, resulting in the fact that there are no treaties with Indian tribes in Alaska. One hundred years later, in 1971, aboriginal land claims for Alaska tribes were settled not by treaty, but in a unique way through the Alaska Native Claims Settlement Act (ANCSA). Although the Act settled aboriginal land claims, it left legal questions about tribal status, jurisdiction, and hunting and fishing rights.

Traditional tribal courts are based on unwritten custom laws, traditions, practices, and the spiritual and moral values that are behind them, as passed down from tribal Elders. They often involve justice delivery by religious or other tribal leaders, particularly tribal Elders. The primary goal of traditional courts is typically to approach the problem in its entirety, using methods based on repairing lives, families, and communities, and restoring harmony and justice. Judicial remedies often include counseling by the court and restitution in various forms to repair damages done. Although procedures and offenses are defined according to unwritten, customary laws, traditional tribal courts are still bound by the provisions of the Indian Civil Rights Act, which basically requires fundamental fairness and places other general guidelines on all tribal courts in the United States. Although many modern tribal courts incorporate some traditional values and practices into their structures, procedures, and orders they enforce, today there are only a few courts that in the strictest sense are considered traditional tribal courts. Examples are the religious courts of the Pueblos in the Southwest and the Elders Court of Emmonak, Alaska.

By the 1870s, wars, relocation, disease, increasing federal control and assimilationist policies had all taken a toll on traditional tribal judicial systems. In 1883 the Bureau of Indian Affairs (BIA) created ‘Courts of Indian Offenses.’ They became known as CFR courts when guidelines were established in the Code of Federal Regulations. Although the CFR courts were staffed by Indian people, the judges were originally appointed by the Bureau and served at its pleasure.

Historical writers report that the CFR courts had more to do with cultural assimilation through suppressing religious ceremonies, activities of medicine persons, and traditional methods of property distribution and other such traditional practices, than with keeping law and order. At the height of CFR court activity, about two-thirds of the reservations in the Lower 48 had adopted these systems. Today there are few CFR courts left. They are bound to the provisions of Title 25 of the Code of Federal Regulations. Title 25 contains regulations to be enforced by the CFR courts, but the tribes may adopt their own ordinances subject to the approval of the Secretary of the Interior.

The modern tribal court systems began with the passage of the Indian Reorganization Act in 1934. That Act encouraged the establishment of constitutional forms of tribal governments with tribally controlled judicial systems. By 1934, however, most tribes were not in a position to resurrect the traditional forms of justice that had functioned prior to the Courts of Indian Offenses era because of removal, dissipation, decimation through war and disease, and suppression. Instead, tribes established judicial systems that were very similar to the model urged upon them by the Bureau. Written laws were adopted and enforced while unwritten customary law was suppressed. As a result, the modern tribal courts took on practices based on Bureau offered notions of Anglo justice rather than on tribal customs.

Although tribal courts have a wide range of independence in terms of structures and procedures, they are all required to follow the guidance of the Indian Civil Rights Act, which is similar to the United States Bill of Rights, and passed Congress in 1968. Decisions of any type of tribal court system that result in the incarceration of someone are subject to review by the federal courts through a writ of habeas corpus which is a procedure to review the legality of an individual’s confinement. In these cases, the federal courts review cases upon request to determine if there were violations of the equal protection and due process requirements of the Indian Civil Rights Act.

Although it was likely seldom done, Alaska tribes have banished or excluded dangerous people from their camps and villages since time immemorial. Today, Alaska tribes are removing violent people, or those selling alcohol and drugs, to protect the health and safety of the village residents.

Note: This is a sample code. Many sections will need to be adjusted to fit specific village and tribal needs, especially the basic structures of the tribal court and appellate court.
Judicial Code

Note: This code has been updated as of December 2021.

Most all tribes in Alaska have tribal codes or ordinances further describing the structure of their government, and providing procedural guidelines for the tribal government such as elections, membership and enrollment, and tribal court structures and procedures. The codes are typically voted on by the councils, rather than by all the adult tribal members.

INTRODUCTION:  Seeking sole custody of his two children, John Baker, a member of Northway Village, filed a custody petition in the Northway Tribal Court. Anita John, the children’s mother and a member of Mentasta Village, consented to Northway’s jurisdiction. After the tribal court issued an order granting shared custody, Mr. Baker filed an identical suit in state superior court. Although Ms. John moved to dismiss based on the tribal court proceeding, the superior court denied the motion and awarded primary physical custody to Mr. Baker. Ms. John appeals, arguing that…

On Aleut Community of St. Paul Island, Tribal Government web page, ​Our peoples suffered a physical, social, spiritual, and even genetic cultural shock to the system. Understanding the roots and symptoms of this historical trauma may assist us in finding the best medicine to diagnose and treat the symptom behaviors hurting our families. As Tribal Courts become the preferred forum to resolve local concerns, improving upon the trauma-informed delivery of tribal justice is our community’s work: Healing generational pain and moving forward – in a good way.

This section provides publications and resources of the Alaska justice system.

When issuing an order, the tribal court should do so in writing. Click "Learn More" to view and download each order template.

When issuing an order, the tribal court should do so in writing. Click "Learn More" to view and download each order template.

This course is an introduction to Federal Indian Law, focusing on the impacts to modern Alaskan Tribal Governments. Particular attention will be given to the relationship between Federal Indian Law and tribal justice systems in Alaska.