The ATJRC is composed of dedicated professionals.  A representative of each of the Collaborating Partners, in addition to other individuals and organizations with expertise in tribal justice issues, resource center development, Alaska Native law and court technology, serve on this Project Advisory Committee in assisting and advising the Resource Center. 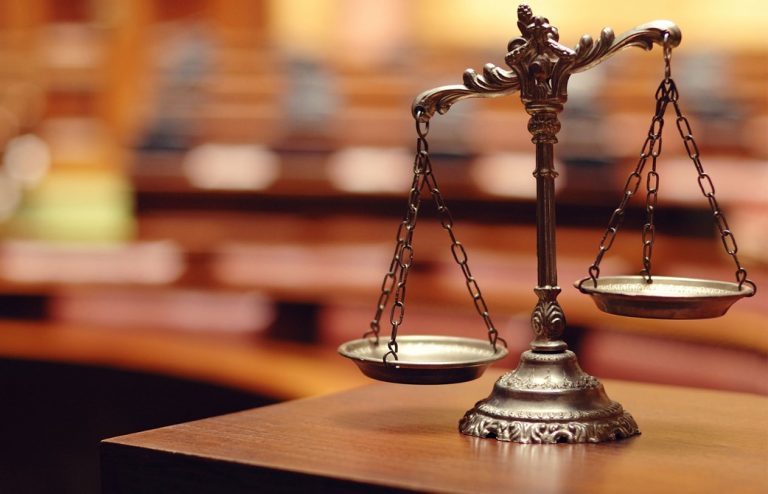 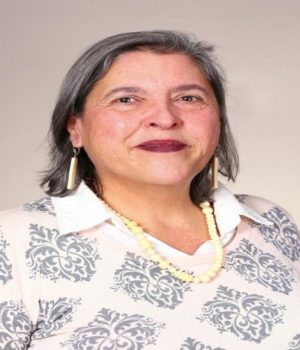 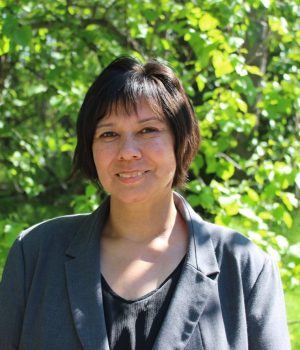 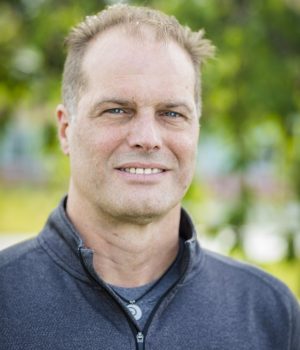 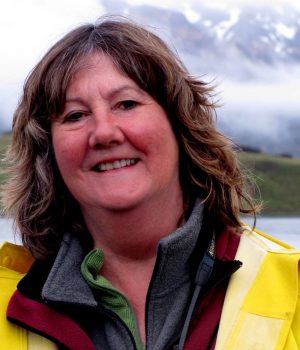 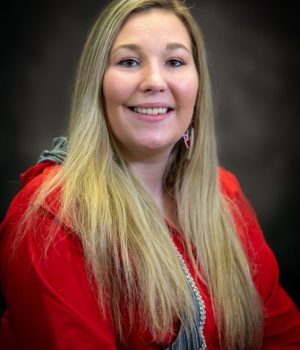 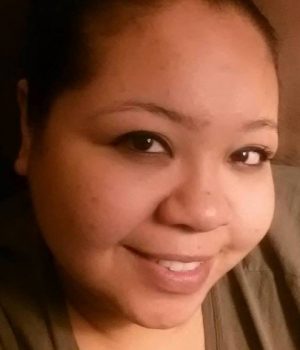 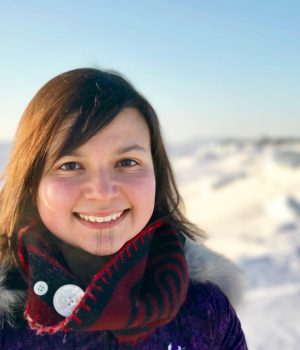 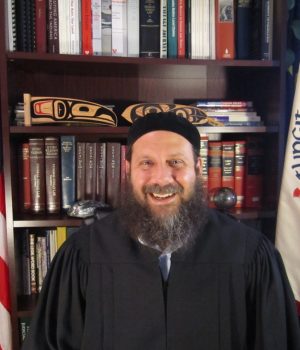 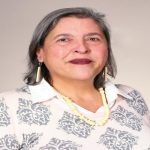 Kimberly has lived and worked in rural and urban Alaska since 1977. She earned a juris doctorate (J.D) degree from the University of New Mexico School of Law in 1993 and a B.A degree in Native American Studies from The Evergreen State College in 1985. She is a mother to two grown sons and a grandmother of four. Kimberly has a longstanding commitment and passion for tribal justice and has actively provided tribal court assessments, training, planning, code-writing and other technical services to Alaska Tribes since 1995. She is a certified Tribal Healing to Wellness Court trainer and has other specialized experience representing indigenous children, troubled youth and Tribes in both state and tribal courts. Kimberly has served as a tribal court judge and as an associate justice. She has worked as a prisoner reentry program manager, tribal court administrator and as an Assistant Professor at the University of Alaska teaching federal Indian law and justice studies. 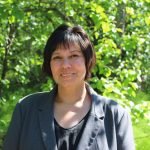 Atqa Aranagiaq, and Caroline Lee.  I am a graduate from the University of Alaska, Anchorage. I earned a Bachelors in Legal Studies in 2017, and an Associates of Applied Science Degree in Paralegal Studies in 2015. In 2018 I completed leadership training and an internship placement, where I was tasked with updating their membership information, researching policy initiatives, scheduling meetings for their Washington D.C. fly-in and assisting with their annual fundraising picnic.  In 2017 I completed 270 civic engagement hours where I was tasked with researching current and past policy initiatives, participating and planning meetings, and assisting with board packets. In 2013 and 2014 I completed two consecutive internships with my Regional Corporation tasked with reviewing the affordable care act, participating in the redistricting process, assisting with the annual golf scholarship fundraiser and assisting shareholder relations.

I have six children, and six grandchildren.  My favorite hobbies include spending time with my children and grandchildren, sewing, camping, fishing, and summer.  I am of Yup’ik and Caucasian descent. I grew up in Anchorage, Chuathbaluk, and Aniak, Alaska.  My mother is from the Kuskokwim Region and My father is from Syracuse, NY.

When my professors asked what my goals were, I would say Tribal Law. I am both humbled and honored to work for RurAL CAP as the Tribal Justice Coordinator.  Quyana Caqnek. 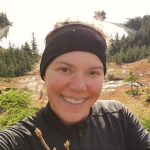 Joie Millett was born in Kotzebue and raised in Unalakleet. She has three boys that keep her busy and constantly entertained.  Joie has worked at RurAL CAP for 16 of the last 18 years and is committed to its vision of “Healthy People, Sustainable Communities, Vibrant Cultures.” She provides overall supervision and leadership of the Resource Basket and the Alaska Tribal Justice Resource Center. 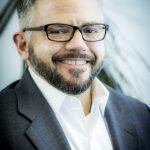 Alex Cleghorn is the Legal and Policy Director at the Alaska Native Justice Center. Alex is a tribal citizen of Tangirnaq Native Village, and a shareholder of Natives of Kodiak, Koniag Incorporated and CIRI. The Alaska Native Justice Center (ANJC) was established in 1993 to address Native peoples’ unmet needs within the civil and criminal justice system, in response to the increasing disproportionate rates of victimization, incarceration, and other justice-related issues impacting Native people. ANJC’s early mission was “to advocate for civil rights and fair and equitable treatment for Alaska Native people in the justice system.” Today our mission is “justice for Alaska Native People.” Our services include education, restorative justice, victim advocacy, and legal support and representation. We also serve Alaska Tribes through legal representation in ICWA matters and training and technical assistance for tribal justice systems. 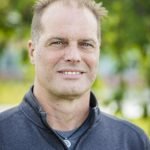 Kevin Illingworth is a Professor of Tribal Government with the Tribal Management Program at UAF.   Kevin was raised in Alaska’s Interior and graduated from North Pole High School and the University of Alaska Fairbanks before receiving his Law Degree from the University of Idaho.  Prior to joining the University of Alaska Fairbanks in 2002, Kevin worked for Mt. Sanford Tribal Consortium, the Mentasta Traditional Council and Cheesh’Na Tribal Council with the development of tribal laws and tribal justice systems. At UAF, Kevin primarily teaches courses in topics such as Tribal Government, Federal Indian Law, and Tribal Justice.

Lisa Jaeger served as a Tribal Government Specialist for the Tanana Chiefs Conference based in Fairbanks Alaska from 1979 to 2019. After semi-retirement in August of 1979 she has focused on ‘family time’, especially in helping with her grandchildren. She continues her passion to work for tribes on tribal government and court development through her LLC.

Lisa has undergraduate degrees in biology and secondary education, and a master’s degree in Northern Studies-Indian Law from the Universities of Arizona and Alaska. She has traveled extensively into the villages of the Interior and other parts of Alaska assisting tribes in designing tribal government structures and procedures, drafting constitutions, codes, and working through problems that many Alaska tribes face. Of particular interest is assisting tribes in the development of their tribal codes and courts.

Lisa has also been very involved in the development of Circle Peacemaking in Alaska, and collaborative efforts between the Alaska Court System and Alaska tribal courts. Lisa teaches Indian law and tribal government courses for the University of Alaska, National Judicial College, the Falmouth Institute and through a wide variety of other collaborative training efforts.

Lisa was awarded the Judge Nora Guinn Award by the Alaska Bar Association in honor of her extraordinary and sustained efforts to assist Alaska’s rural residents, especially its Native population, overcome language and cultural barriers to obtaining justice through the Alaska legal system. 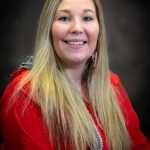 Brittany Madros is originally from Leavenworth, WA. As a young teen she moved to Nulato, Alaska, and never left. She was adopted by the village and it has been her home ever since. She attended school and graduated in Nulato. She married her high school sweetheart, Henry Madros, Sr. during the fire in Nulato in July 2015. They share 2 sons and 1 daughter; all Nulato tribal members. Brittany worked for the Nulato Tribe as Director of Human Services and was also the Tribal Court Clerk for 8+ years. Brittany and her family moved to Fairbanks in 2016, she worked for Fairbanks Native Association for 2+ years before coming to work at Tanana Chiefs Conference (TCC). In 2018, TCC hired Brittany as the Tribal Government Specialist within the Tribal Development Dept. She holds a UAF certificate in Rural Human Services and A.A.S. in Human Services. She is currently working on her B.A. in Rural Development and a minor in Tribal Management. Brittany’s role at TCC is to provide support to the Tribes in the Region, by providing technical assistance/ training (TTA), constitution/code/policy development, and guidance to tribal councils and courts.

Nikole Nelson is the executive director of Alaska Legal Services Corporation (ALSC), Alaska’s only LSC-funded program and the only statewide provider of free civil legal assistance to low-income Alaskans.

ABOUT ALSC:  Alaska Legal Services Corporation (ALSC) was established in 1967 as a private, nonprofit law firm. ALSC offers free civil legal services to low income and disadvantaged people to protect their safety, their health, and promote family stability. We are dedicated to bridging the statewide gap between those who need civil legal help and those who are able to get it. We have an unwavering and longstanding commitment to assuring that Alaska’s rural communities have access to the justice system. Through advocacy, education, collaboration and litigation ALSC empowers individuals, protects fundamental rights, strengthens communities, creates opportunities, and achieves justice.

Denise Nerby was born and raised in Bethel, Alaska and is the daughter of Barbara and Carl Anvil, Sr. She began working for the Association of Village Council Presidents in 2012 as the Administrative Assistance for the VPSO Program. She remained in that position for four years until migrating to the Tribal Justice Department as the Program Coordinator is 2016 and then on to become the Tribal Justice Assistant Director in 2018.

Denise is the mother of three children, Aiden who is 10, Carter who is 8 and Kira who is almost two years old. In her free time, when Denise isn’t busy with her children, she loves spending time with her immediate family, subsistence activities and beading.

At present, Denise is the AVCP Tribal Justice Manager and is working to assist with enhancing and establishing Tribal Courts in the AVCP Region. 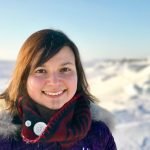 Meghan “Sigvanna” Topkok is an enrolled tribal citizen of the Native Village of Ambler, although her family is originally from Mary’s Igloo and Nome. She is currently the staff attorney at Kawerak, Inc., providing legal services to Kawerak’s compact tribes. This includes everything from assistance drafting and amending tribal codes, assisting with elections, advising on personnel matters, representing tribes in child welfare cases, and doing tribal court development.

Sigvanna also serves on the Nome Common Council, as the Board President for the Bering Sea Women’s Group, on the Nome Reentry Coalition, and volunteers with the Nome Youth Court. She also is an adjunct professor for University of Alaska Fairbanks, teaching courses in the Tribal Management, Inupiaq Studies, and Alaska Native Studies programs at the local high school and as distance education courses. 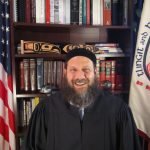 David Avraham Voluck received his Bachelor of Arts from the University of Pennsylvania and Juris Doctorate from the Northwestern School of Law at Lewis and Clark College with a Certificate in Environmental Law and induction into the Cornelius Honor Society.  Upon graduation he concentrated his practice on Native law travelling the expanse of Alaska, providing representation to the Tlingit, Haida, Tsimpshian, Athabascan, Inupiat, Yupik, Aleut and Aleutiiq peoples. David was also privileged to work with his mentor David Case co-authoring the revision of the legal treatise, “Alaska Natives and American Laws”.

His experience with the Native peoples awakened a renewed interest in his own culture and history, and David took a sabbatical to attend the Rabbinical College of America, focusing on Talmudic and Jewish Legal Studies.  After returning to Alaska and his Indian law practice, David was appointed as Chief Judge of the Sitka Tribe of Alaska; Presiding Judge for the Central Council of Tlingit and Haida Indian Tribes of Alaska; Presiding Judge for the Aleut Community of St. Paul Island Tribal Government; Appeals Court Judge for the Kenaitze Indian Tribe; Adjunct Professor of Indian Law for Lewis & Clark Law School’s Summer Indian Law Program; Adjunct faculty to the National Judicial College; and Adjunct Faculty to the National Tribal Trial College. David teaches regularly to tribes, federal agencies, state agencies, and non-profit organizations on a variety of topics related to Indian law, Tribal Courts, Native culture, and the interplay with universal religious principles.